Around 9:30 pm on February 7th, a robbery took place inside the store of the Shell gas station located at 3610 W. Mt. Whitney Avenue in Riverdale. A man wearing a Dallas Cowboys beanie, a Los Angeles Lakers sweatsuit and black mask covering his mouth and nose pointed a handgun at the clerk and demanded cash from the register.

The employee quickly gave him the money as the suspect pointed the gun at several other workers standing behind the counter. He walked out the front door after taking just 30 seconds to commit this crime. Nobody was injured.

The suspect is believed to be a Hispanic man in his early 20s. He is approximately 5’8” tall with a thin build.

Anyone who knows the identity and / or the whereabouts of the suspect is asked to contact the Sheriff’s Detective Lindsay Milchovich (559) 600-8174, Lindsay.Milchovich2@fresnosheriff.org Crime Stoppers at (559) 498-7867 or http://www.valleycrimestoppers.org You will remain anonymous and may receive a cash reward. 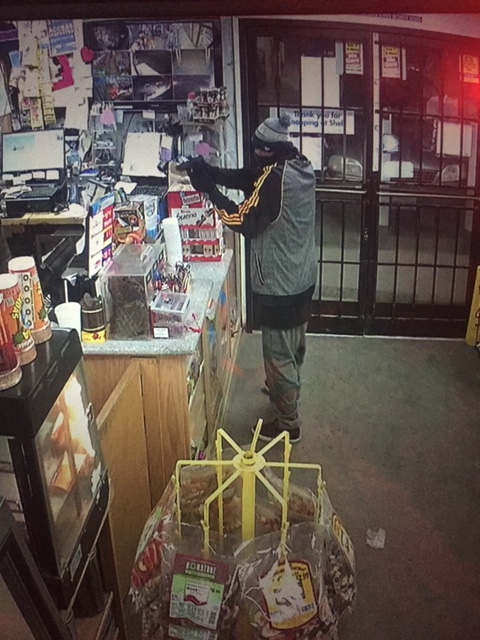