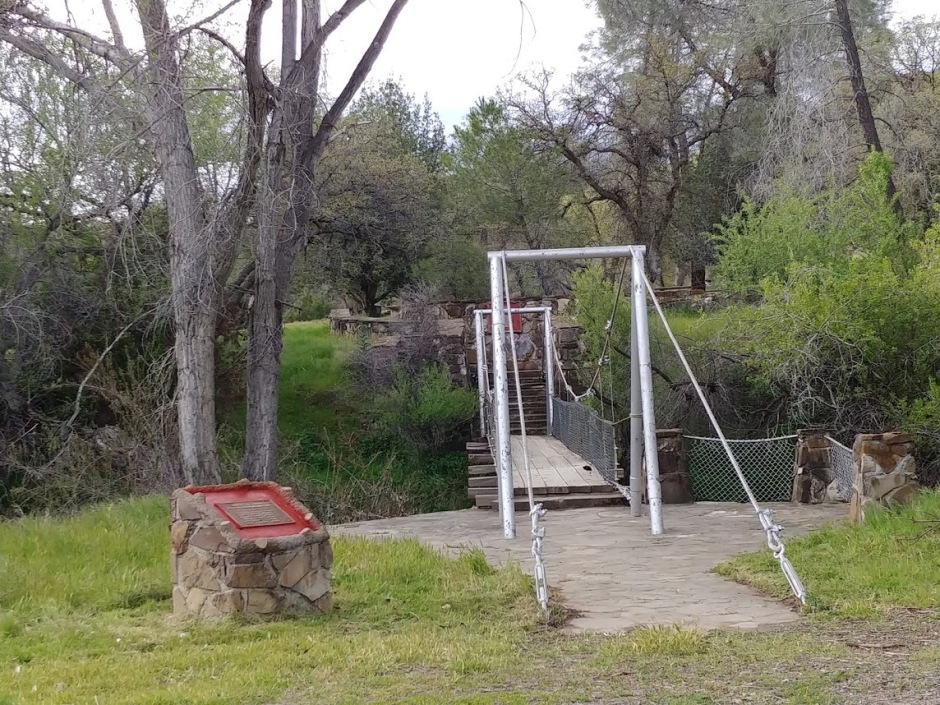 Fresno County has not maintained Coalinga’s Los Gatos Creek Park to an acceptable standard for years. The park is under the County’s control and has been since it was established in 1961.

After temporarily closing the campground section of the park, Coalinga Press learned that Fresno County has now licensed a cattle rancher to graze his cattle on county land which was acquired specifically for public use from Agnes Baron Fearon who later became Agnes Chavala. Norman Burnett, her nephew was involved in the transaction but it is not clear what his role was.  The Fearon Estates in the area was broken into many pieces sold. But Chavala did not want that part to be sold. She wanted it to become a park. Between the years of 1955 and 1961, this transaction took place. *

The cost of grazing the cattle is a token amount: $100 per year. This is ludicrous. It is a complete misuse of public lands.

“That hundred dollar charge,” said a long-time Coalinga resident who requested to remain anonymous, “that’s the token amount of saying that it’s free. They can’t do it for free, so they charge $100.” He shook his head.

Fresno County also neglected to inform the residents of Coalinga of their intentions, and there is no record of environmental studies and/or public discussion of the plans.

Each person has only one small voice. Coalinga needs to speak out. Each person needs to take a stand.

The Park Has Two sections: 40 Acres in total

I wrote many letters via email yesterday. This is a sample of what I wrote.

I never imagined I would be writing to your agency, and I’m not sure it will do any good. But it seems this might be a place to at least gain some traction.

Yesterday, my phone was blowing off the wall with the number of phone calls regarding a county park on the very western edge of Fresno County. This is a pretty much non-developed county campground which was acquired by the county in 1960. The park is divided into two sections: day use and camping.

For decades, Coalinga and residents in the surrounding area were able to use the park as it was intended. Eventually, Fresno county began to cut back on their maintenance and repair to the grounds until they finally said they were just going to shut down the camping area altogether. They said it cost too much. Then they quit maintaining the day use at all. Volunteers from the town go up and clean out the trash. But the bathrooms haven’t been functioning for years. BUT this is NOT why I am writing.

Today the people of Coalinga have come to me with a huge concern. Callers were informing me that there was a rancher putting up fencing on the upper park area: the camping area of Los Gatos Creek Campground.

The county parks group is allowing a cattle rancher, [Redacted], (in San Benito County) to graze cattle on the upper portion of Los Gatos Creek Park Campground, locking out the community.

This is a quote from the license from the county:

“The County of Fresno (County) hereby issues a license to Carlos Castillo (Licensee) for the use of approximately 32.5 acres at Los Gatos Creek Park as a grazing area, in exchange for weed control and the payment of One Hundred Dollars ($100.00) annually …”

This is ludicrous. Grazing fees are much more expensive than this, typically. This is a scam or something. There is no way this can be legit.

This comprises far more than half the land supposedly set aside for the recreational purposes of Coalinga and its surrounding area. We have been told for years that it costs too much to open the bathrooms at the park, and we have looked the other way. Now they are actually TAKING AWAY the land that was set aside for our enjoyment. The rancher will probably take advantage of the water on the property as well.

Residents had no prior knowledge to this agreement, and there were no environmental impact studies or public information / discussion periods – as far as I know.   Is this legal?

It seems that Fresno County is derelict in their duty to provide, oversee and maintain a county park for the residents of Coalinga. They don’t seem to have a problem taking our tax money. I really need help understanding how this could even happen.

The rancher is putting up his fencing. We can SEE our park disappearing before our eyes. Generations have enjoyed this park. We thought the county would fix it. Not give it away.

I have also contacted Supervisor Buddy Mendes, and every other entity I can think of. We Coalingans want answers. We need help. We need someone to hear us.

* This segment was edited due to remarks and information from another local source.